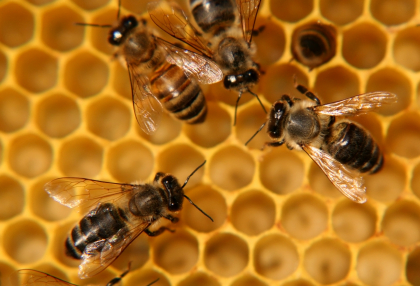 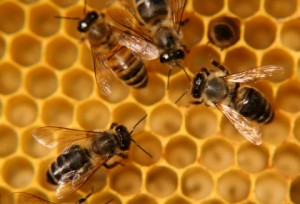 This blog is about one of my favorite stories from Aesop titled “The Bees And Wasp, And The Hornet”.  I have always found the wisdom in this story profound and will try to show how this applies to technology sales leads.  I have reprinted the story below for your enjoyment and will discuss it’s ramifications to the IT industry afterward.

AESOP’S FABLE THE BEES AND WASP, AND THE HORNET

One day some worker bees made a honeycomb in the hollow trunk of an oak. They settled nearby to rest. Then, the drones from their hive flew by. The drones said, “We made that honeycomb. It belongs to us.”

“You did not make that honeycomb,” replied the worker bees. “You know very well that you did not. We made it.”

The drones insisted, “That honeycomb belongs to us and we are going to have it.”

So the worker bees said, “Let us go together and see what the wasp has to say about whose honeycomb it is.”

The worker bees and the drones flew in a big swarm to the wasp’s nest. When the wasp came outside to see what the buzz was all about, the bees all talked at once about their dispute.

“You worker bees and drones,” said the wasp, “are so much alike in shape, color, and sound that I cannot easily tell you apart. Surely I cannot tell which of you I have seen building the honeycomb in the oak tree.

“But I think the matter can be justly decided. Each group of you, the workers and the drones, must go to a hive in which there is no honey, and build up a new honeycomb. The group that makes a honeycomb and honey like that found in the oak tree is the owner of the tree comb.”

“All right,” said the worker bees, “we will do it! Let’s go!” But the drones said, “We will have nothing to do with such a plan.”

The drones buzzed away very angry. For they knew the wasp was right. They didn’t know how to make a honeycomb at all. And the worker bees happily flew back to the oak tree.

In this story I see the Honey as IT sales leads and can imagine a computer consultant finding some good face-to-face appointments and wondering how they could get more.  The question they would then ask themselves is where could I get some more of these great leads and fill my sales pipeline?  The problem arises when they look into the market and see a bewildering array of telemarketing companies making claims and promises.  The quandary then becomes knowing who really has the IT lead generation process that can deliver more of  the marketing leads, like the ones you had found.

Well, I like the logic that the Wasp applied to his contenders… who ever can make more honey most own the honey that was found.  I see this wisdom being applied to the question of which it telemarketing firm can consistently produce quality appointments that will help drive your computer business to the next level of marketing.

We are trying to answer that question at MSP Telemarketing by initiating a new plan to notify the managed services market that we are the ones that can make the honey and the honey belongs to us.  We will be selecting companies around the United States and in Canada to receive a complimentary face-to-face meeting with a decision maker willing to consider your IT services marketing offer.

The key to being picked is that we must believe your tech firm is open to a telemarketing campaign and has the resources to maintain it long enough to make it through the normal sales cycle to end up with a successful ROI. In addition, the prospective IT company must understand the difference between active needs based prospects and latent needs based prospects.  Also, the computer services provider must realize that a successful campaign can’t come from just one lead.  So they should not expect to get a sale from the one lead we are going to comp them, but rather identify if:  they were expected by the prospect, were meeting with the right person at the firm and that the prospect was willing to listen.

We have a firm belief that once you identify that MSP Telemarketing is the one that can make more honey, that you will want a steady supply filling your pipeline for years to come.  If you would like to be considered for this promotion then check us at the upcoming CompTIA show in San Antonio Aug 9-11 or fill out a web form or just give us a call.