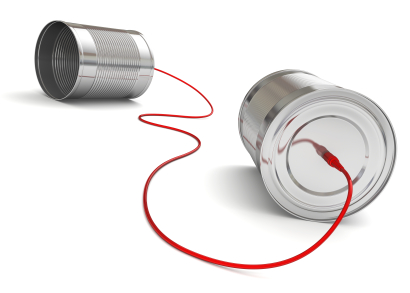 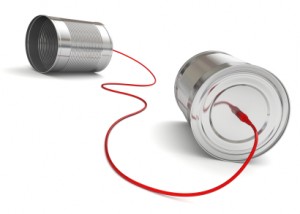 One of the most common reason that are cited by couples that lead to a break up of their marriage, is the lack of communication.  While this can be the kiss of death to a healthy marriage, it can also be one of the factors that could destroy a partnership between a IT telemarketing firm and an computer services provider.  When one partner is in the dark about what the other one is doing or thinking, then it can lead to confusion and blunders.  Lets look at a few examples of situations that have lead to minor problems and others that have had disastrous consequences for computer business marketing owners.

One of the first issues that can arise with regard to communication between an IT lead generation firm and a managed services provider can happen right at the start of the relationship.  If the liaison from the telesales company fails to do an introductory interview to find out exactly what their client is offering in clear terms, then this could lead to a disconnect in the marketing efforts.  Vice versus, if the computer consultant fails to clearly state what their model is or level of services to be offered; then this could setup the wrong expectations in the prospects minds.

One example of this is a computer repair firm that had represented that they offered a ‘flat rate’ when in reality they charged by-the-hour for on site support.  While it was true that they did offer a flat rate for remote support, there was still a wrong understanding in the minds of the appointment setters.  As a result, most of the prospects turned out to be disappointed by what was actually presented when the sales rep showed up for their meeting.  They were expecting to hear about unlimited remote and unlimited on site support to compare with the unlimited remote and by-the-hour plan they already had in place.  Of course, this campaign ended without any sold contracts!

Next we consider the second issue that can arise when there is a lack of communication during an it lead generation campaign, not reporting on the status of appointments!  The first thing that happens is that the sales representative will sit on the status of the leads for weeks, without informing the telemarketing firm what happened.   If a meeting failed to take place because the prospect called in to cancel or was a no show, then the more time that elapses from the first call can make getting this appointments reset difficult.  Also, if the reason that an appointment needed to be reset is not clearly, stated then this can hamper the ability of the telesales rep to secure a reset meeting.  Finally, if the outcome of a meeting was good and the prospect was interested, then you want to let the call center know asap so they can start phoning to get a follow up or proposal meeting set.

One example that reveals how deadly not communicating with your marketing partner can be, is when a consultant fails to report on the status of the initial meeting with a prospect.  Repeated calls were made to one tech firm to ascertain the status of the lead, which had been perceived by the phone rep to be very qualified and interested.  Finally, they just called  all the prospects directly to discovery the status of the technology sales leads, when they were notified that one prospect had been waiting to hear back and that if he didn’t hear something from them soon he was going  with a different company.  Fortunately, they had followed up blindly without the proper communication and still were able to get a second follow up meeting set for this consultant.

The last example is similar… a consultant fell off the edge of the earth and couldn’t be reached on the phone for any status update.  As a result he missed an all critical follow up meeting with a contact from his it sales leads.  This was the one precious prospect from his entire campaign that had expressed interest in possibly moving forward with managed services.  The call center was able to bribe this prospect with a gift card and get the second meeting set up again.

Communication is the key to any successful relationship whether in marriage or business.  If you’re marketing for it sales and want to get the best results from your telemarketing campaign, then make sure to stay in constant communication with the call center.  Make sure they know the services you are really offering, promptly keep them apprised of the status of each lead and make sure you’re open to calls from them.  You never know if the next call from them is going to be an amazing alert that you have a follow-up meeting.