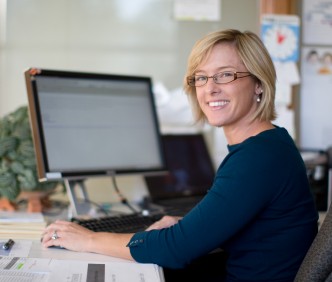 All markets have life cycles, especially with technology.  As technology increases the life cycle for the latest and greatest innovations becomes shorter and shorter.  Note the i-Pod: 4 generations, in a little under a few years.

This same principal applies to the IT services marketing space.  In around 10 years, managed IT services has gone from an obscure idea that was rejected by most computer consultants to something that has been embraced by a majority of the market for computer repair.

In the last 10 years we have seen the reason for setting an appointment with a decision maker go from wanting to learn about managed services transform into largely just taking competitive bids.  It’s much like the insurance industry, where all the insurance companies all pretty much all offering the same product, but one might have a little more coverage here or a little lower price there.

This means that the marketing message for the computer business that has been offering managed services has become saturated.  So the burning question is, what is the way forward from here?

Now when we say that the market is saturated, we know that there are still lots of businesses out there that have not embraced managed services, or that still do IT in-house.  However, what we mean here is that the message has saturated deeply into this space.  The non-adopters of managed services have already heard all about managed services and have sat through several bidding processes, but still haven’t adopted.

As a technology sales leads company we are on the front lines and experience the brunt of executive’s frustration regarding this marketing saturation.  Many are tired of  being bombarded with telemarketing calls about IT.  It’s not uncommon to have an office manager tell us our caller was the 10th person calling them about IT that very day.

Granted this saturation is not complete and as there are so many gatekeepers and closed door decision makers who don’t let cold callers through, there are still people who really don’t know about managed services.  However, from a marketing stand point we have reach the threshold where changing the marketing message is now required.  We can’t call and ask, “Have you heard of managed services?”  Because the answer 99% of the time now is ‘Yes’, then click!

What the new message should be is Hardware as a Service! Now as a result of the shifting preferences of the market we have to change the message that IT lead generation is promoting – this means that the model that is being promoted in computer services marketing must also change.  Hardware as a Service (or HaaS) is now what we are requiring our clients to adopt so that they can be ahead of the market.  Now, when we ask executives if they have heard of HaaS, they say no, and are curious to find out more and even take face-to-face meetings without much arm twisting.

If this is the clear way forward then why are we having so much push-back with computer businesses wanting to abstain from changing their model?  Well we addressed in our last blog the fear of change and the tendency for businesses to hold on for dear life to their old business model.  However, there are some forward thinking business owners who are hesitant about transition to hardware-as-a-service by CharTec because they’re not sure how to adopt, sell and install it.  We will try to address this specific issue in a later blog, but here we just want to point out that you don’t need to have all your ducks in a row, you can go out and start pitching this and allow it to develop over time organically.

One savvy business owner who heard the ring of truth in this saturation message, but was also holding on for dear life to his old model, was able to see a middle ground.  He comprehended that what we were looking for was really a ‘message leader’ for developing IT sales leads.  Much like a ‘loss leader’ that brings in buyers for a cheap price and then allows you to steal market share and the raise prices later.

You could make a number of analogies to what we are saying, but ultimately we need something big to tell people on the phone to arouse their curiosity.  The best way to do that right now is by offering  HaaS. He realized, though, that every deal we send him on might not turn out to be a HaaS deal, even thought that what was pitched on the phone, and that the transition to HaaS could happen at a much slower paced than he thought at first.

Don’t forget that the sales cycle is still at least 2 months from the date you give them a proposal.  There is a one month or two lead time from when you start a telemarketing campaign and get your first leads.  Then some time goes by before you able to get your follow up meeting with the decision maker.  This gives you months to allow your firm time to get acclimated, before you would ever have to actually install a  HaaS deal.