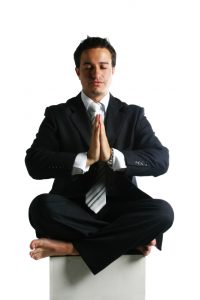 Motivational Books and Tapes have mostly become a cliche or worse are paid lip services by sales people.  Rarely do we see best practice motivational techniques really penetrating IT telemarketing or computer services marketing.  Something that is even more difficult is trying to convince someone who is totally foreign to these concepts and to even try them out to see if they work or not.

This is where I began telling my story about my son’s recent baseball game. He had a great hit in his first game, but since then he had not hit the ball and had only gotten points by getting walked. As we were driving to his last game we realized he had missed his last practice and it seemed things were all against him getting better results in this game.

The connection between my son’s game and visualization and a mantra are that this is the moment where I felt I might be able to introduce the concepts to my son and try to help him get better results.

I started by explaining an episode on 20/20 a few years back where they had discussed visualization techniques and done a controlled study in the show.  They split a basketball team in two sections and had one half of the team practice all week on the REAL court, while they had the other half of the team practice by visualization of their shots only.

My son was intrigued by the story but was still hesitant to try these techniques himself…. but after bribing him with an ice cream cone and related stories of his team cheering him on after he gets a big hit, he was fully on-board with trying visualization.

So he began visualizing the pitch and seeing his bat hit the ball and fly into the outfield, over and over again as we drove to the game.  He also agreed to a mantra that he had hit the ball in the outfield in practice and so he could do the same in the game….  Once we got to the game I noticed that he had his eyes closed and was still using the technique in the dug out before his turn to bat came up.

So he was there ready to bat and had 2 Balls and and 1 Strike.  He swung at the next pitch and connected with it with a line drive right between 2nd base and 3rd base.  The ball sailed clear into the outfield.  When I took my eyes off the ball I looked over and my Son had cleared 2nd base before the team had gotten control of the ball.  Then on the next play he stole 3rd Base and Home.

My son was very excited and admitted that the visualization and the mantra seemed to make the difference.

Of Course, if you haven’t learned any skills to begin with then no amount of motivational help will enable you to succeed.  However, if you have learned a good set of skills then visualizing success and repeating a mantra will make all the difference in the World.

Now here is the connection to marketing for your it business.  If you or your salesman go to your it sales leads that were generated by technology telemarketing, you might have a negative mantra going on in your mind.  You also might have a negative visualization about the outcome of your upcoming sales meeting.

The power of visualization is that when you have a Firm picture in your head of an outcome then you will tend to work towards fulfilling that Picture.  It really doesn’t matter if it’s a positive or negative picture you have visualized, you will end up working towards that.  In the case of IT lead generation, if you allow your sales people to have a negative mantra and to paint a bad picture in their minds about theses sales leads then you will be throwing your money for marketing down the drain.

So if your a computer business owner then you should seriously consider developing these concepts in yourself and also in all of your marketing people.  Get ready for the money to flood into your bank account, when you really get your entire it services marketing team on-board with visualization and sales mantras.