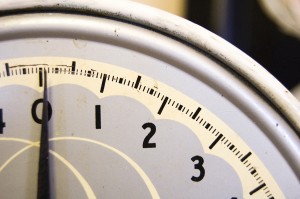 Are people either happy or mad?  Are things either black or white, or are there shades of grey.  Well, we are not going to start considering philosophy in our blogs but some understanding of human psyche might help while marketing computer services.

Understanding the psyche of your prospects is always a good idea, but it is especially important when you’re utilizing  IT sales leads or IT Telemarketing .  This is because the reasoning behind why prospects have set IT sales leads becomes  more when scrutinized when you have a telemarketer pushing to get an appointment set up.

Of course when a prospect says they have pain points, then there is really not many questions about what they were thinking when they agreed to a computer services marketing meeting.  However, for an appointment that was set with a decision maker that says they are ‘happy with what they have’  in place, then the reasons why a marketing meeting was set up comes into question.

Why would a business person set a meeting with a computer consultant if they were completely happy with what they had in place for IT?  Our take on this is that people are generally are not 100% about any feelings they have one way or the other.  Of course some are 99% sure of somethings.  In the case of a decision maker that is really very happy with their computer consultant then not only do the say that but they usually end the telemarketing conversation by hanging up.  One way to wrap your mind around this concept is to think of  a people’s happiness on a scale from 1 to 10.

A person that is a 10 in there happiness about their IT situation is not going to set a meeting .

Now a person that is between 1 -5 in terms of their happiness about what they have in place for computer maintenanceis more likely to talk with other vendors and even set an appointment to compare.  Many times people say one then and do another for a variety of reason.  We believe that many on the people that say that they and happy with what they have in place actually might not only be low on the scale of happiness, but often have latten needs that are not being meet with the current provider.

Recently this ‘theory’ was confirmed by a prospect that we were following up for our IT marketing services client.  This prospect had stated they were happy with what they had in place, but ending up setting a meeting with our computer business marketing client.  In the follow up after they received a proposal the prospect stated they had solved the billing issue that they had with their current IT consultant. Bingo – while we were in the process of losing a sale, it was exhilarating to hear evidence that business people say that they are happy with that they had in place  when they really had problems but didn’t want to reveal it.

Actions do speak louder than words… we have to listen to the action that a prospect takes by setting a meeting with a VAR to get a competitive bid.  That action speaks louder that the fact that they say they are happy with what they have in place.

So when utilizing IT  telemarketing, IT lead generation and going on your technology sales leads keep these points in mind in your marketing for IT.