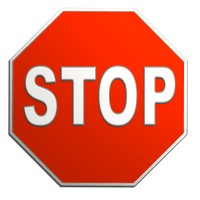 The common logic of  managed services providers has taken the industry 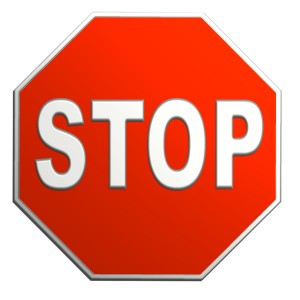 further into the direction of marketing more unlimited services for IT sales.

While this is a good idea, there may be another strategy that most have missed out on and at the same time is what has caused many computer services marketing firms to lose technology sales without knowing why.

This new direction flies in the face of the common wisdom and that is why I think for the few that latch on to this new marketing strategy, they will be at the front line of innovation in MSP marketing.

This new concept can also boast your IT lead generation with a new marketing message that will drive more IT leads.

What is this new direction?  Well we call it ‘Stop Loss’ and it is more of a mid-range model between the break-fix and unlimited managed services.  The main question that we should discuss first is why is the new direction is needed?  The flood of more Break-Fix computer consultants switching over to marketing managed services has caused more firms to become savvy in the way they look at the flat fee.  It has lost it’s novelty and more and more companies are realizing they they don’t need to pay a flat fee every month and can get away with paying by the hour if they have the proactive managed services in place for the network.  Also for other firms the price tag for total managed services is too high for them and they are forced to stay with the break-fix model, even if  they wanted to go with managed services.

STOP selling the same solution to every prospect and start selling a mid-range ‘Stop Loss’ model.

This new idea was sparked when we were generating IT sales leads for a client in Florida.  We called a prospect that had already been to our computer consultants client’s conferences and even had gotten a proposal from them.  The contact said that they really loved the firm and their whole approach to being proactive and the unlimited features.  However, the Attorney had rejected the proposal based on the price alone.  After a nice conversation with this prospect we proposed a ‘mid-range’ solution that would give the prospect the best of both worlds without the high price.  She loved the idea but wanted to understand what we meant.  We explained that it wold have a flat fee for remote network support and help desk support; but have a stop loss for on-site support.  She was intrigued by the concept and agreed to meet our computer services client to hear about this new marketing direction.

The concept of the Stop Loss is basically that they will get a certain number of on site emergency response hours but they are not Blocks of time that they own and it not an unlimited program either.  Basically, it means that they have thier on-site support needs meet without incurring per hour charges up until they reach a certain predetermined threshold.  This triggers what we call the ‘Stop Loss’.  This is when they would start paying per hour for on-site support.

This concept is perfect for the prospect that feels the whole enchilada or if the want to make the gamble that the preventative measure will work and are willing to risk incurring some extra charges but would like at least a small ‘hedge’ against that if a major emergency dose unexpectedly happen.

This is not a new idea because I first came up with this concept for a client we had in Houston many years ago when managed services was just becoming an established concept.  We needed to help our client close some sales and there were no takers after his first round of proposals.  So we fished around with the prospects and threw out lots of ideas and the Stop Loss was the one that caught on.  He was able to sign up two or three clients by offering the ‘stop-loss’.  For some reason I had just forgotten about this concept until I was presented with a similar problem in the Florida Market.  In Florida as with other parts of the US the economy have been hit hard.  While firms need to protect their computers and data they are extremely pressured to cut cost.  I believe this new mid-range solution will help distinguish you once again and help you stand out from your competitors.

John Black is the Marketing Director at MSP Telemarketing and has over 10 years experience marketing for IT providers and VARs to help them get more IT leads that turn into IT sales!